What is Self-Managed Abortion? 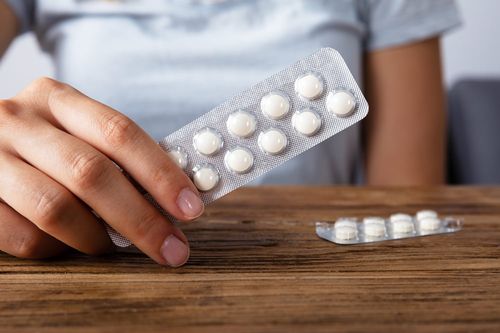 In the past few years, there’s been a growing focus on abortion and reproductive rights. Events such as the Reproductive Health Act enacted in New York at the start of this year and the Human Life Protection Act passed in Alabama a few months ago have served to make the spotlight shine brighter on the issue. Out of this debate has spawned a new focus: self-managed abortion. This has been the cause of much controversy and conflicting information, making it difficult to know what it truly is. In today’s blog, we dispel the myths around this topic and share the facts. Keep reading to learn more, then contact Hope Pregnancy Center for more information on all pregnancy options.

What is Self-Managed Abortion?

Self-managed abortion is when a woman performs their own abortion outside of a clinic or doctor’s office without the assistance of medical personnel. These types of abortions are typically performed by taking large doses of medications, but other methods involve the use of herbs (sometimes called natural home remedies; more on this below). Self-managed abortions are typically performed by women who want an abortion to be conducted discretely, who are unable to go to an abortion provider, are unable to afford a clinical abortion or simply would like the procedure to be done in the familiar setting of their home.

The legality of self-managed abortion is murky at best. While using the abortion pill is legal in clinical settings, almost all U.S. states deem it illegal for individuals to obtain or use abortion pill medications without the assistance of a clinic or a prescribed physician. In addition, each state has differing laws that apply to medical abortion, making the question of legality a state by state basis. Women who bought abortion medications online, such as Purvi Patel, Jennie Linn McCormack and Kenlissa Jones, were all arrested for performing self-managed abortion. While the charges against them were later dropped, these cases have set the precedent for legal action against self-managed abortion practices.

What are the Risks?

The method of using herbal remedies to induce an abortion are extremely risky and unreliable. The most common approaches are taking large doses of certain vitamins or herbs. However, these methods are not recognized by the medical community, do not have verifiable standards or success rates and put you at risk for infection and other medical issues. The most common misconception is that because something is “herbal” it’s safe to try, but this could not be further from the truth. In 2018, an Argentinian woman died while attempting to have a self-managed abortion using herbal remedies. These herbal procedures are dangerous at best and should not be a replacement for medical care.

Side effects of the abortion pill include heavy bleeding, headache, diarrhea, nausea, vomiting and cramping. However, with self-managed abortions, it gets more complicated than that. The abortion pill is medically allowed in cases where a pregnancy is less than ten weeks along. However, in McCormack’s case, she thought she was less than nine weeks, but she was actually closer to 20 weeks. Utilizing the abortion pill at such a late stage in her pregnancy was not medically allowed and is part of the reason behind her arrest.

Just like with any medical procedure, abortion is something you need to be well-informed on if you are considering it for yourself. Your health and safety are of the utmost importance and you need accurate information to make an informed decision. At Hope Pregnancy Center, we offer free limited ultrasounds and abortion education. Our goal is to provide you with accurate medical services and information and provide the education and tools you need to explore your pregnancy options. All of our services are provided at no charge, are 100% confidential, and we never financially benefit from your decision. Text 405-531-9011, request an appointment online, or walk into one of our five locations in Oklahoma today. Hope does not provide abortions, but is here for you if you need a safe space to explore your pregnancy options without bias or judgment.